Lead: 2008 has quietly spent in this year many big events took place, many events, such as the global financial crisis has affected the laser industry, how to look at the past year, how will the development of the future? As the laser photoelectric News the most dynamic areas of the media industry, has been concerned about these topics, we have recently combined "Laser Focus World", the famous view of the market consulting firm Strategies Unlimited, and other institutions, the report summarizes the translation of a number of articles, dedicated to domestic readers. I hope to give attention to the laser industry colleagues to reference and inspiration.

2014 BCAMCNC and Trumpf efforts to expand the technology product lines, including gas, solid-state and fiber lasers. Broad product line so that their customers can easily choose "one-stop shopping" mode. CO2 laser cutting of stainless steel will still dominate the market, but progress in fiber lasers, making her able to erode the original gas, YAG, sapphire lasers territory, and produce a number of new applications, such as the textile industry, laser seams. For ultrafast laser micromachining equipment, semiconductor and photovoltaic cutting and lithography, tissue imaging (tissue imaging), Amr Khalil Edmund Optics product manager, said: "With lower prices, solid-state lasers will generally replace the bulky and low efficiency gas lasers, especially in some specific areas, such as bio-medical and materials processing. helium, neon and argon ion lasers declined by about 5% -10% per year, but in some interference requires a longer length applications will continue to be used such as typesetting and image processing. " 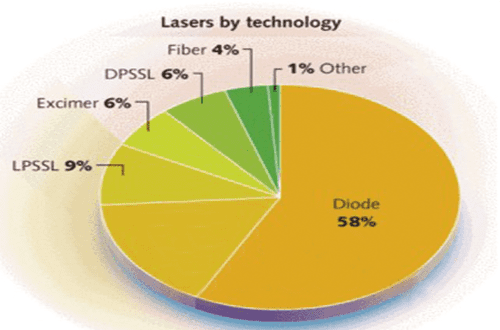 But nobody can deny that 2014 laser is an important development trend of high-efficiency "green" technology (although other photovoltaic technology too). In addition to outstanding performance in the field of solar cell processing, the laser also display manufacturing technology into other areas, such as OLED manufacturing, traditional techniques were improved, and improve efficiency. There electronic paper technology, are proving to be a viable light source for laser welding. It'll have California Governor Arnold Schwarzenegger's words: "This is a revolutionary technology with the transformation of the energy of the future." November 2008 he visited the National Ignition Facility at Lawrence Livermore National Laboratory, and then describes an ambitious high-power energy projects: a controlled laser fusion